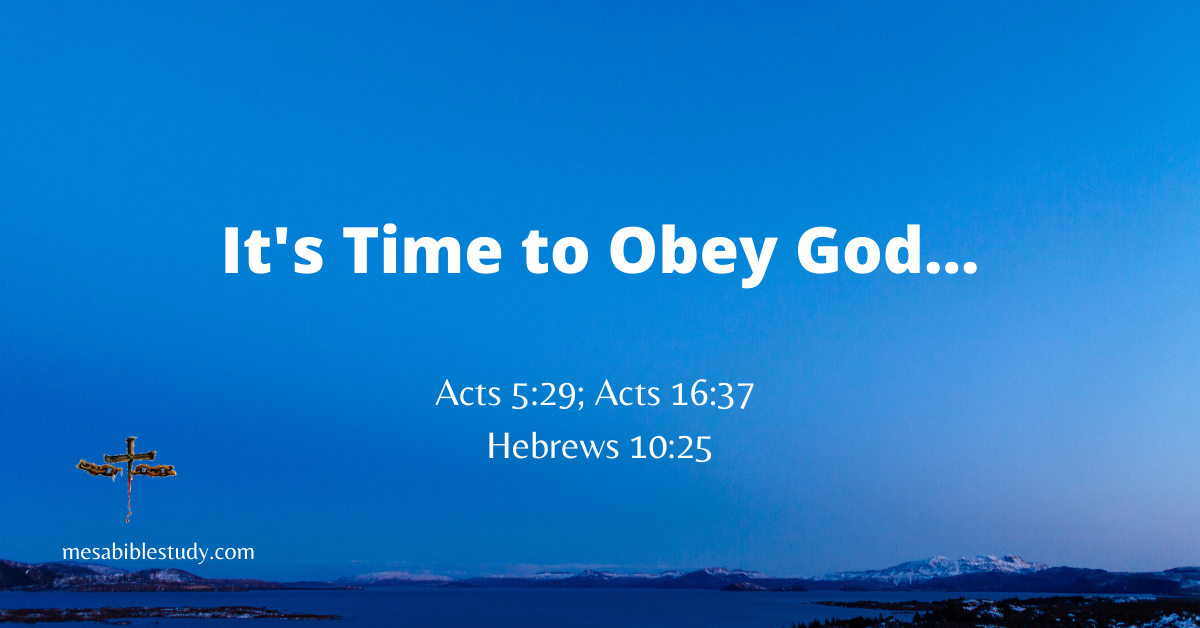 When the coronavirus first came on the scene in March 2020, it was projected to kill millions of American citizens (2.2 million).

Americans across the country did the right thing and followed government guidelines like washing our hands, social distancing and sheltering in place. Willfully following what our leaders told us to do faced with the potential for mass casualties was the right thing to do.

The threat was taken seriously by all Americans and still is but we now know the projections were dead wrong. We also know that COVID-19 isn’t what the government portrayed it to be and expected government restrictions to ease in accordance with new data, the science. Remember we were told two weeks at the most to flatten the curve.

On the contrary, the government has gone full-tyrannical at every level imposing more and more restrictions on healthy people that have not only taken away our God-given right to worship but have added severe punishment for not obeying their unlawful decrees in the form of fines and even arrest.

With the help of the sinister mainstream media, these tyrannical governors and mayors nationwide have been broadcasting a consistent message of death and despair. “Fearmongering” the masses.

As believers we don’t rebel against the government we obey God. And now more than ever is it time for the body of Christ to obey God.

Congress shall make no law respecting an establishment of religion, or prohibiting the free exercise thereof; or abridging the freedom of speech, or of the press; or the right of the people peaceably to assemble, and to petition the government for a redress of grievances.

– the ‘First Amendment’ to the Bill of Rights

The Apostle Paul and Peter Rebelled Against Government

There are many examples throughout Scripture describing believers rebelling against the government. Below is just one example of many.

The same author of Romans 13 is the same person that rebelled against government leadership in Acts 16 and Acts 23. This post will touch on the events in Acts 16.

Paul boldly and openly protested his arrest, beating, and imprisonment by the local government in Philippi.

Because Paul and Silas were punished severely without a trial. As Roman citizens, their “RIGHT” to a trial under Roman law never happened. Paul knew his rights ‘under Roman law’ were violated and called the government officials out on this fact. Eventually, when the Roman magistrates were confronted with the truth they were afraid and immediately released Paul and Silas.

It’s Clear Why We Must Obey God Over Men

First, law-abiding citizens in America have had their God-given ‘RIGHTS’ taken from them which should never happen under any circumstance. Secondly, Government officials have made unlawful decrees superseding the law of the land “the United States Constitution” giving all power to the executive level of State and Municipal government. In other words, these tyrannical Governors and Mayors are knowingly avoiding the legislative process and taking a dictatorial approach to governance. In doing so the people have zero representation.

Most local governments (Governors & Mayors) have dreamed up decrees banning Christians from Worshiping, conducting in-home Bible Studies and in some states, Christians are even banned from singing.

These are not laws! There must be a legislative process before the government can create laws. Shockingly most Christians and Pastors have decided to go along with having their right to worship God and even sing praises to our Lord and Savior Jesus Christ taken from them. Breaking the clear command from God not to forsake the assembly…

not forsaking the assembling of ourselves together, as is the manner of some, but exhorting one another, and so much the more as you see the Day approaching.

Pastors should be ashamed of themselves by cowering to the local magistrates instead of obeying God. They not only rebel against God but forsake their flocks.

During this perplexing and chaotic time in our country and around the world believers need each other more than ever. Not being able to fellowship and worship God is not only being disobedient to what God commanded but it is adding tremendous hardship to an already difficult time for the body of Christ.

Using Romans 13 as an excuse not to worship is the pinnacle of absurdity. It is a complete misrepresentation and twisting of Scripture.

We Must Obey God over Man

Again, given what we now know about the coronavirus; the data and the science. And understanding that Romans 13 isn’t instructing believers to obey the government over God. We must not forsake the assembling of ourselves…not for another day and never again.

The apostle Paul makes so clear why we as individual members of the body of Christ rely on each other no matter where we are in the world. Please read the passages below to see how important we are to each other and why not forsaking the assembly is a command.

We are all part of one body, the body of Christ

‘But now indeed there are many members, yet one body. And the eye cannot say to the hand, “I have no need of you”; nor again the head to the feet, “I have no need of you.” No, much rather, those members of the body which seem to be weaker are necessary. And those members of the body which we think to be less honorable, on these we bestow greater honor; and our unpresentable parts have greater modesty, but our presentable parts have no need. But God composed the body, having given greater honor to that part which lacks it, that there should be no schism in the body, but that the members should have the same care for one another. ‘

Pastors, elders, and members of the body of Christ must assemble now! We know enough about this virus to take all the necessary precautions. But we can no longer obey government decrees that forbid or hinder healthy blood-bought believers from worshiping of our Lord and Savior Jesus Christ.

We have both the truth of God and the law of the land on our side and the tyrannical Governors and Mayors will lose because they fear the truth.

← Prev: The Power of God Unto Salvation is the Gospel Next: The Law Can't Save You So Why Try? Galatians 2:18 → 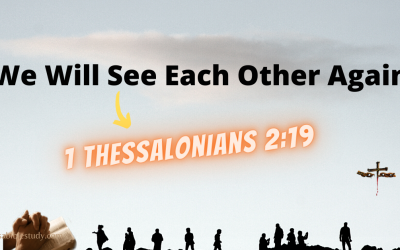 I Thessalonians 2:19 "For what is our hope, or joy, or crown of rejoicing? Are not even ye in the presence of our Lord Jesus Christ at his coming?" This is just awesome and gives us all great joy through ALL difficulties! The apostle Paul is referring to that "great... 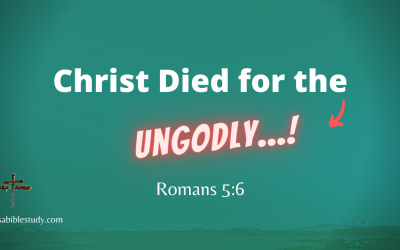 Note: "Ungodly" simply means someone without God in their lives, a person that has not been transformed by the power of the gospel. It doesn't necessarily mean someone is living on skid row, ungodly doesn't mean that the person is hooked on drugs and has been... 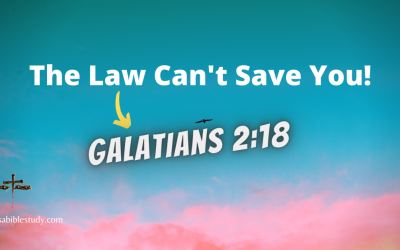 'For if I rebuild what I have once destroyed, I prove myself to be a transgressor. ' Galatians 2:18 In other words, Paul is saying he couldn't go back and undo all the horrible things he did to the believing Jews before his Damascus road experience because if...