Christendom’s Erroneous Narrative that has Divided Christians for 2000 Years 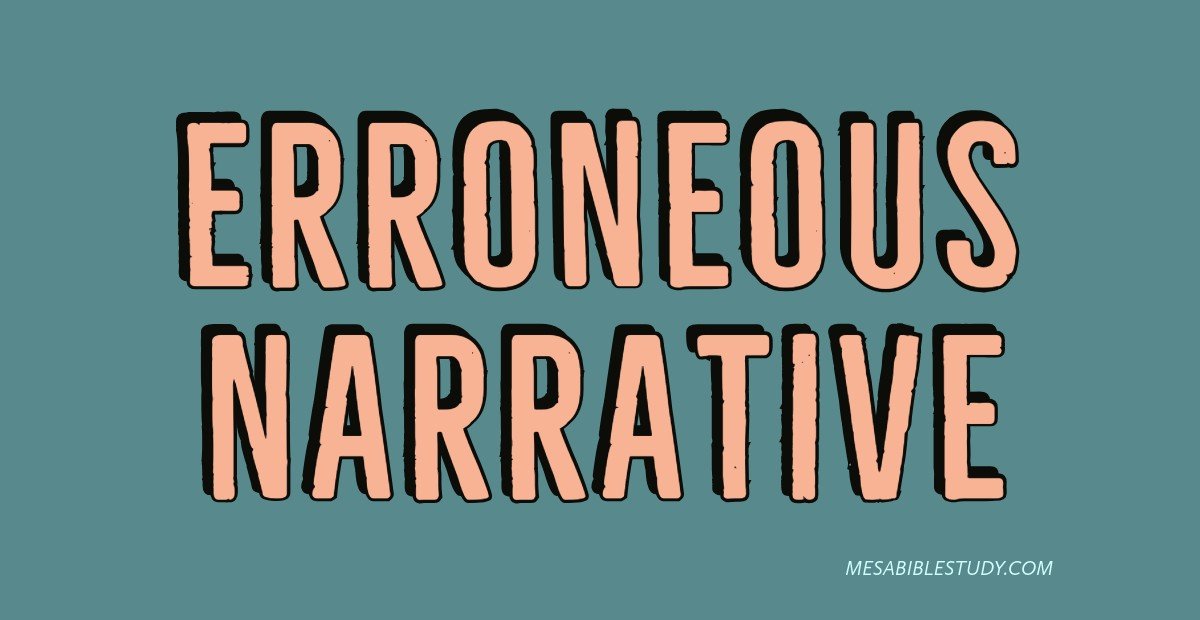 Most in Christendom believe or were taught that Christianity began with John the Baptizer (or somewhere in between John the Baptist and Pentecost) like I was taught at my Baptist High School and Christian College in El Cajon, California.

NO. Christianity did not begin with John the Baptizer or at Pentecost or anywhere in between.

John the Baptist was the prophesied herald that came on the scene to announce to the nation of Israel (not the Gentiles) that Israel’s PROMISED King and the promised kingdom was coming! (Malachi 3:1)

The Four Gospels are just a continuation of the Old Testament

The “Christianity” narrative is that John the Baptist comes on the scene to announce to the world the King and kingdom are coming. Jesus Christ chooses 12 disciples and they perform many miracles, preach the gospel and baptize many building the Church. Jesus makes Peter the leader of the apostles and spokesman for the Church.

The Jewish leadership rejects Jesus claims and along with the Romans they crucify Jesus. Jesus Christ is raised from the dead three days later and the Lord commands the apostles to preach the gospel of grace to everyone Jews and Gentile all over the world.

At the same time, this is happening one of the Lord’s greatest enemies Saul, while on the road to Damascus is confronted and converted by Christ Himself.

Saul who is now Paul joins the other apostles and together start the great commission. Preaching the gospel of grace, baptizing, performing miracles and growing the Church.

The popular narrative is erroneous for one clear reason; there is no Scripture support for it. The narrative is loaded with true statements but the underlying message is erroneous and has led to division, confusion and false teaching.

Use Timeline Below as Reference 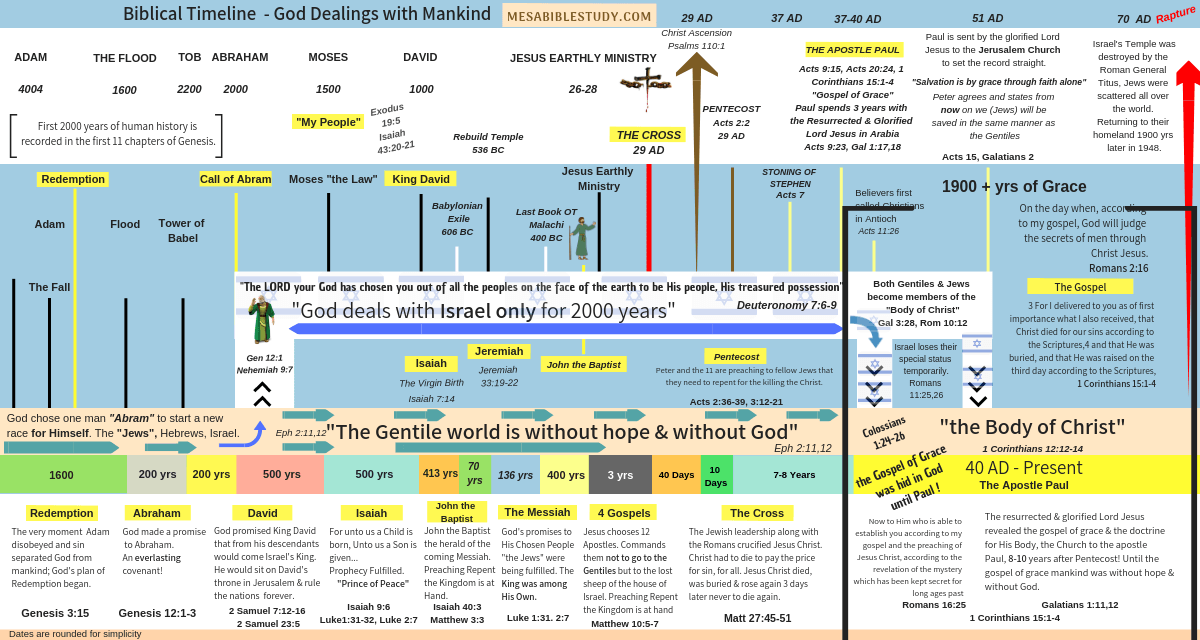 So much confusion, division, and infighting among the Body of Christ because of the Erroneous Narrative.

John the Baptist comes on the scene to announce to “Israel” and Israel only that their promised King is coming to usher in the kingdom.

Jesus Christ performed many miracles then chose 12 disciples and commanded them not to go to the Gentiles or into Samaria but go ONLY to the lost sheep of the house of Israel.

Peter and the eleven preached the gospel of the kingdom to Jews only with two exceptions, baptizing and adding to the Jerusalem Church. Jesus makes Peter the leader of the disciples and spokesman for the Jewish Church.

The Jewish leadership rejects Jesus claims that He is their Messiah and along with the Romans crucify Jesus. Jesus is raised from the dead and spends 40 days talking to the 11 about things concerning the kingdom they were to rule over sitting on twelve thrones, as promised by the Lord Himself before His crucifixion (Matthew 19:28). The Lord also commands His disciples to preach the gospel of the kingdom throughout the world beginning first in Jerusalem.

After Jesus ascension, the disciples continued to preach the gospel of the kingdom (that Jesus was the Christ) to Jews only continuing to practice the Mosaic Law. Peter preaches his heart out to his kinsman that even though they (the Jewish Leadership and the nation as a whole) along with the Gentiles killed the Prince of Life if they (the nation) would just repent God would still send their Messiah and usher in the kingdom.

Paul does not join up with Peter and the other apostles (only met with Peter for 15 days, no record of conversation) and did not preach the gospel of the kingdom. Instead, God sends Paul to Arabia for three years where the ascended Lord Jesus reveals to Paul and Paul alone the gospel of grace; that now salvation is available to ALL mankind Jew or Gentile apart from the Mosaic law and temple worship by simply believing by faith alone the gospel. That Jesus Christ died for our sins, was buried and rose from the dead three day later.

In 51 AD, after Paul has been preaching grace for 11 years God instructs him to go up to the Jerusalem Church to tell Peter, James and John about the new revelations given to him by the risen and glorified Lord. Peter stands up and declares that from this point forward we (the Jews) shall be saved in the same way as Paul’s converts (the Gentiles).

Up until this point in Biblical history (22 years after Christ earthly ministry, 14 years after the cross) Peter and all Jews of the Jerusalem Church were still practicing the Mosaic Law and the temple is in full operation.

Peter only knew of the gospel of the Kingdom because that’s all that was revealed to him. It’s was Paul who told Peter the new revelations that now salvation is by faith alone in the finished work of the cross for both Jew and Gentile apart from the Mosaic Law. Which was absolutely unheard of for the previous 1,500 or so years.

The apostle Paul continued to preach the gospel of the grace of God for 24 years spreading the message of Christ crucified, buried and resurrected three days later all over the world.

This is the truth and is 100% accurate and fully supported by Scripture.

Study to show thyself approved unto God, a workman that needeth not to be ashamed, rightly dividing the word of truth.

It’s hard to understand Scripture if you don’t separate Israel (or if you remove Israel all together) and the body of Christ and understand that we are no longer under law but under grace.

If you liked this post please consider sharing it. 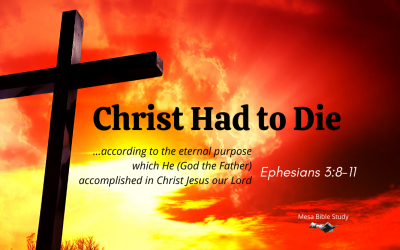 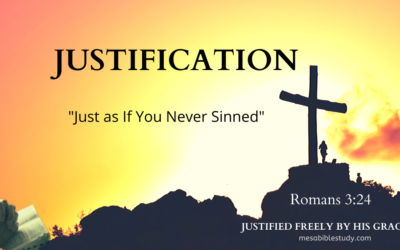