What Part of God Makes it Possible to Save You? 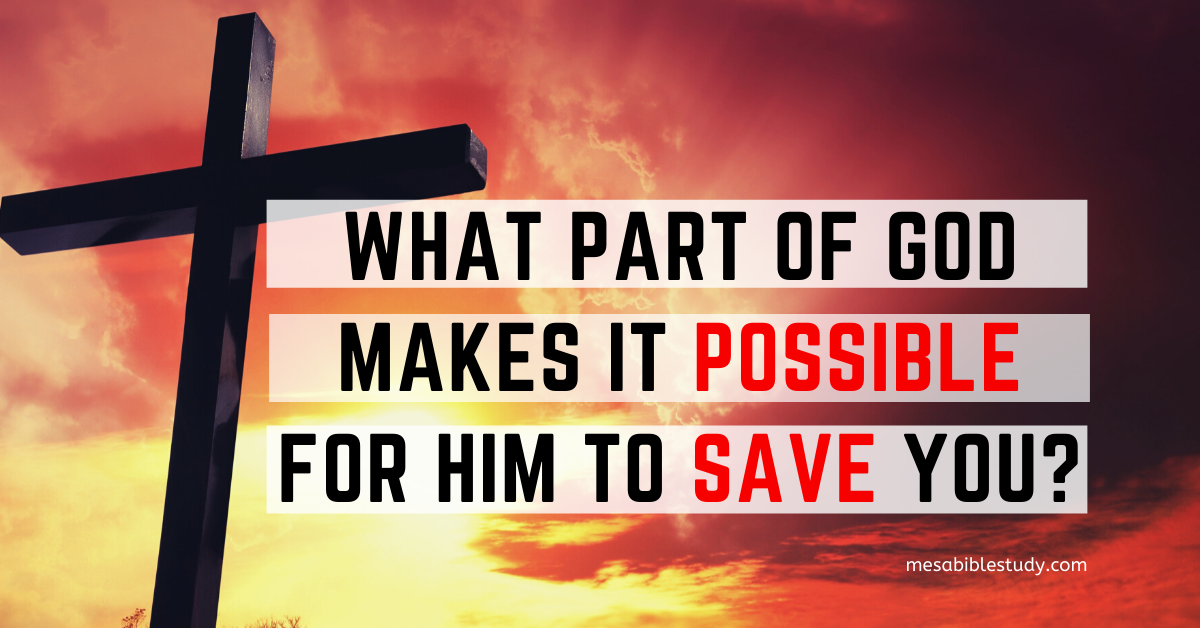 ‘And He said to me, “My grace is sufficient for you, for My strength is made perfect in weakness.” Therefore most gladly I will rather boast in my infirmities, that the power of Christ may rest upon me.’

Answering a question with a question is a great way to turn down the hostility meter by deflecting it back to the questioner, putting them on the spot to answer their own question.

Using a question to answer a question, especially when discussing the Word of God helps significantly because you immediately identify where the questioner is coming from, what is the Biblical basis for their question (their theology).

THIS IS ABOUT SALVATION. WE ARE TO DO THE LORD’S BUSINESS AFTER WE’RE SAVED!

When someone asks “How in the world can you be telling anyone that once they’re saved they are always saved? I respond by asking three questions.

1. What part of God makes it possible for Him to save you in the first place?

There is ONLY ONE answer they can give.

If they provide any other answer than God’s grace, to repeat ANY OTHER answer then God’s grace! God won’t have it…! And they’ve been taught a false gospel.

God doesn’t need our help saving us and no one is going hand God a bill when they get to heaven not even Abraham (Romans 4:1-5) could do that!

The last thing God need’s is our filthy works touching His perfect grace. By grace (Who’s grace?) are you saved through faith…(Eph 2:8) And it was Christ alone (Who? Not you or me or anyone else) took care of mankind’s sin… as Hebrews 1:3 makes crystal clear…

Who being the brightness of his glory, and the express image of his person, and upholding all things by the word of his power, when he had by Himself purged our sins, sat down on the right hand of the Majesty on high;

It was finished at the cross, and it is the finished work of the cross that we must place our faith, not in works, not in anything we do. All God expects from mankind is to believe (by faith alone) that Christ did it all on our behalf, that by shedding His blood, His death, burial, and resurrection.

Christ paid the debt that God the Father demanded to reconcile mankind back to Himself, “the gospel” (1 Corinthians 15:1-4; 2 Corinthians 5:20,21).

‘that in the ages to come He might show the exceeding riches of His grace in His kindness toward us in Christ Jesus.’

For by grace you have been saved through faith, and that not of yourselves; it is the gift of God,

‘Being justified freely by his grace through the redemption that is in Christ Jesus:’

‘even when we were dead in trespasses, made us alive together with Christ (by grace you have been saved),’

“I do not frustrate the grace of God: for if righteousness come by the law, (legalism) then Christ is dead in vain.”

Who being the brightness of his glory, and the express image of his person, and upholding all things by the word of his power, when he had by himself purged our sins, sat down on the right hand of the Majesty on high;

Previously saying, “Sacrifice and offering, burnt offerings, and offerings for sin You did not desire, nor had pleasure in them ” (which are offered according to the law), then He said, “Behold, I have come to do Your will, O God.” He takes away the first that He may establish the second.

‘By that will we have been sanctified through the offering of the body of Jesus Christ once for all.’

The second question is.

2. Do you deserve God’s Grace?

Again, there is ONLY ONE answer they can give.

The third question is where most never respond and are never heard from again but there are a few who try their best to justify their filthy works by twisting Scripture to put God in debt to them!

3. So, if you agree that we don’t deserve God’s grace. What part is it of God that keeps those of us who believe the gospel, His?

There is only one answer they can provide.

‘In Him, we have redemption through His blood, the forgiveness of sins, according to the riches of His grace‘ (According to what?)

‘And you, being dead in your trespasses and the uncircumcision of your flesh, He has made alive together with Him, having forgiven you all trespasses, ‘

‘Moreover the law entered that the offense might abound. But where sin abounded, grace abounded much more, ‘

‘so that as sin reigned in death, even so grace might reign through righteousness to eternal life through Jesus Christ our Lord.’

Mankind has always tried to do something and do it his own way to gain favor with God for salvation but it will never work out the way they think. Proverbs 21:2 comes to mind… ‘Every way of a man is right in his own eyes, But the Lord weighs the hearts.’

The demonic attacks on God’s grace and those who teach and preach the gospel of the grace of God (Acts 20:24; 1 Corinthians 15:1-4) are nothing new. They have been around since the risen Lord Jesus Christ revealed to the apostle Paul this message of salvation by faith alone in the finished work of the cross apart from the law, almost 2000 years ago. Back then Paul accusers were legalist, the Judiazers, traditionalist. Today it’s no different, no different at all. So is the condemnation from the Lord no different for all who hold down the truth of God’s grace being poured out to all.

‘And some people even slander us by claiming that we say, “The more we sin, the better it is!” Those who say such things deserve to be condemned.’

To Simple for Most

The gospel of the grace of God is simple and foolishness in the eyes of most as 1 Corinthians 1:18 reminds us… ‘For the message of the cross is foolishness to those who are perishing, but to us who are being saved it is the power of God.’

To repeat, to those of us who are saved we know that this simple message is the TRUE GOSPEL and the ONLY POWER that can save lost man.

‘But to him who does not work but believes on Him who justifies the ungodly, his faith is accounted for righteousness,’ 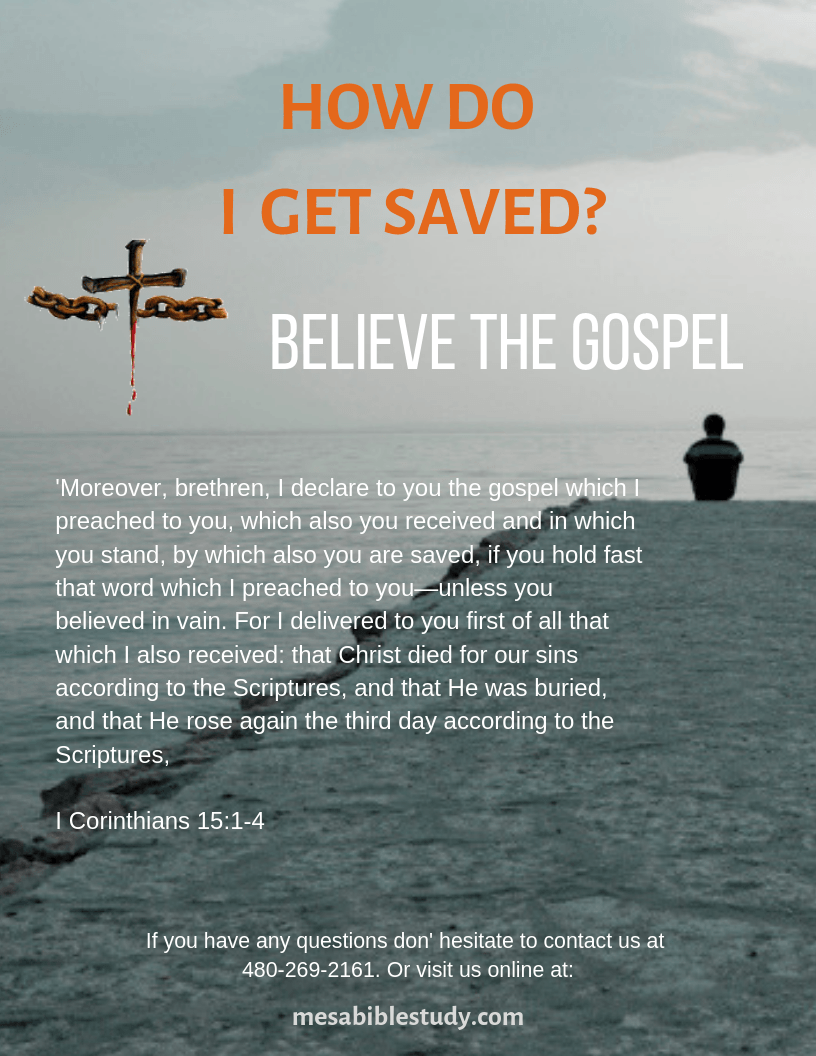 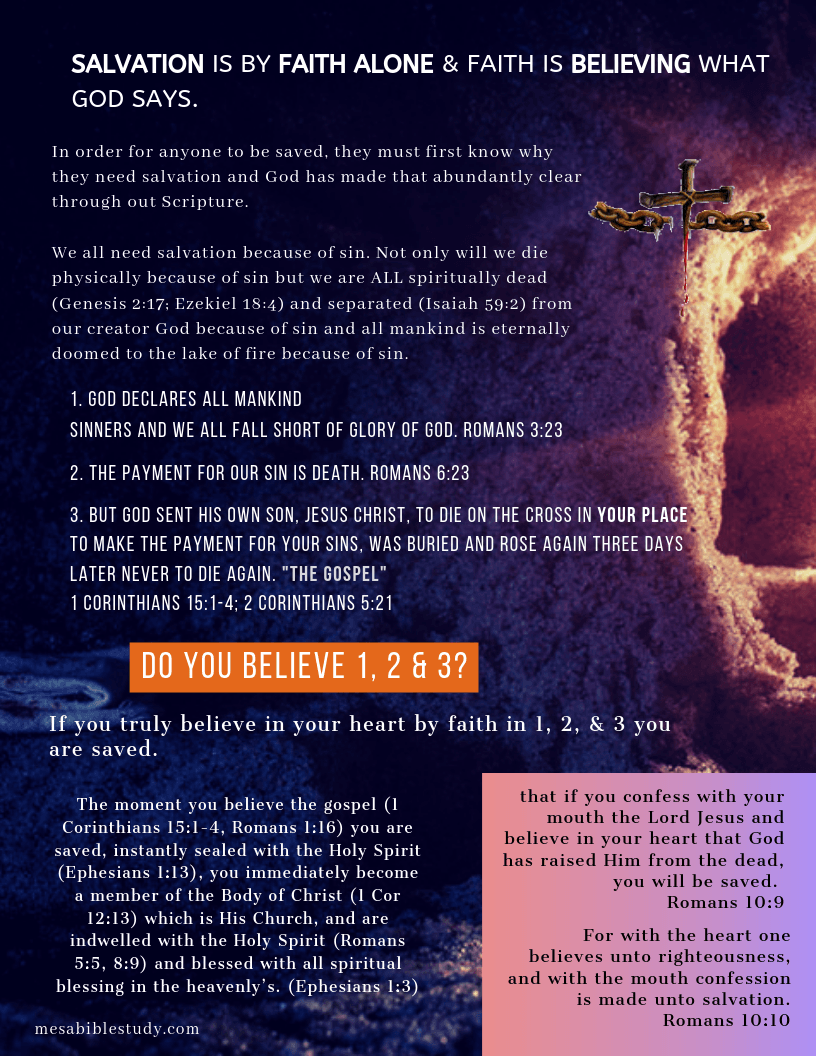 ← Prev: Be Steadfast and Alert Because Satan Seeks to Destroy You and the Church Next: There is Only One Way to Heaven 'Jesus Christ' → 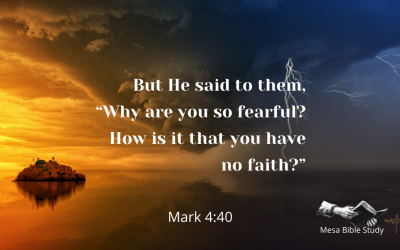 Why Are You So Fearful? How is that You have No Faith?

Fear and anxiety are never-ending and in these uncertain times, both fear and anxiety are magnified tenfold. Left unchecked fear can keep us down for such a time that it becomes unhealthy for both mind and body. Anxiety, on the other hand, manifests itself in... 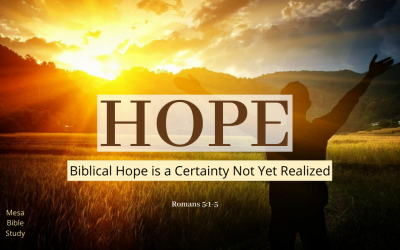 Words and language are crucial to understanding meaning and when it comes to the word hope in Scripture it is crucially important to know it's meaning   Unlike the common everyday English usage of the word HOPE, the Biblical, New Testament meaning contains zero... 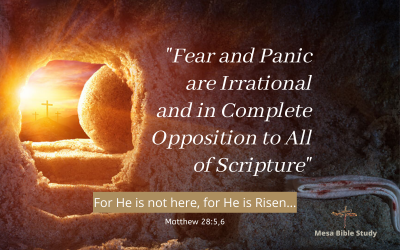 The CoronaVirus is no doubt deadly and should be taken seriously, but blood bought born again Christians are admonished NOT to panic, worry, complain or fear-monger!   We have No Reason to Fear   Why?   ...He is risen...   The Power of the...