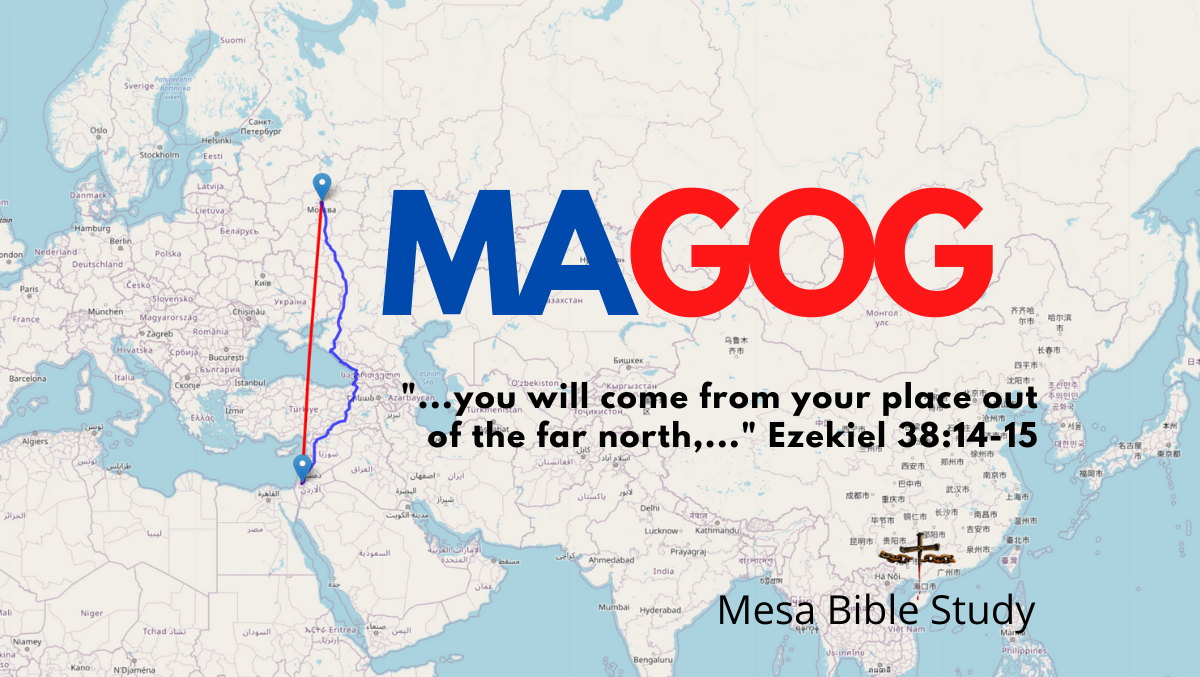 Most of America and the world have shifted their focus on China. Rightly so, because they have been so overtly aggressive militarily, geopolitically, and of course it because of China we have the coronavirus.

Scripture clearly teaches that shortly after Israel signs a treaty that ensures their safety they will be attacked by Russia but they will not be alone in this invasion. Read on.

According to I 24 News, Russia has taken over the Golan Heights in Syria to Israel’s “North”. North being the operative word here.

It’s interesting to note that the makeup of this Russian force is a mixture of Muslim and Russian soldiers. Dubbed the “Huran Army” the Biblical name of the region this Russian army is led by multiple Muslim officers. As Ezekiel 38:4,6, clearly delineates Russia’s Muslim allies.

#Russia is paving the way for a northern invasion. Ezekiel 38-14-15.#BibleProphecy#EndTimeshttps://t.co/ByKnx5CT1A

Ezekiel 38:14 refers to an attack on Israel by a people from the North parts and Moscow is due North of Jerusalem.

‘“Therefore, son of man, prophesy and say to Gog, ‘Thus says the Lord God : “On that day when My people Israel dwell safely, will you not know it? Then you will come from your place out of the far north, you and many peoples with you, all of them riding on horses, a great company and a mighty army. ‘ 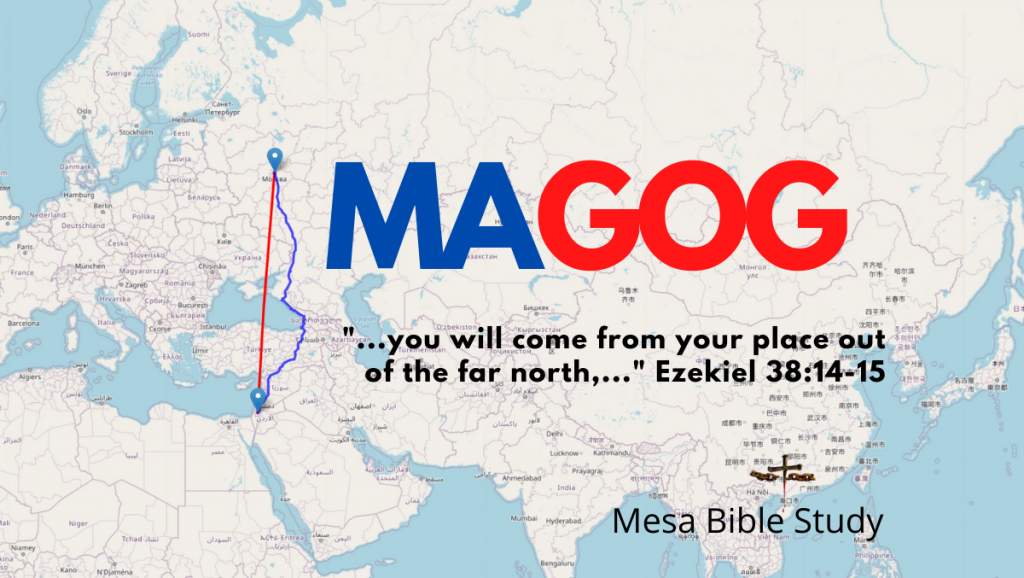 The Red army won’t be invading Israel alone. Ezekiel 38:4-6 4, is clear that many countries of the middle east will be allied with Russia. I believe this invasion will occur soon after the antichrist signs the peace treaty with Israel. The nation of Israel will be caught off guard because they would have lowered their defenses significantly. Knowing this Russia will attack Israel as Ezekial 38:14 clear declares…”when My people (Israel) dwell safely, shalt thou not know it?”

The United States of America is not mentioned in Bible Prophecy. The countries directly involved in end-time events are clearly defined in Scripture. Many have tried to twist Scripture forcing America into end-time events. But it can not be, because the remaining seven years are Jacob’s trouble, not America’s. All the world will come under God’s wrath but His focus will primarily be on His chosen people, Israel.

I give two possible scenarios

First, when Russia is ready to attack Israel they will simultaneously attack America. There will be tremendous turmoil and unprecedented chaos in America to the point where our military will be needed to stop the violence. As a result, America will be weakened and Russia along with other countries will attack America. But America will still have the wherewithal to retaliate with nuclear arms and completely level Moscow.

Second, because of America’s downward spiral morally, coronavirus, political upheaval, riots, protest, murders, and the irrational hatred persecution of the Church economic collapse will follow for sure and utter chaos and turmoil will America to the brink of collapse. In this weakened state, America will be incapable of preventing the Russian invasion into Israel but will as a last-ditch effort launch a nuclear attack on Moscow.

In either scenario, it would fulfill Ezekiel 39:6 which says, “I will send a fire on Magog (Russia) and among them that dwell carelessly (the unbelievers).

It’s crucial to know that, Revelation 6:8 tells us that 1/4 of the world’s population will die by the end of the first half of the seven-year tribulation. Although many will die as a result of this nuclear war between Russian and America many more will die from the aftermath. With most of the food production wiped out as a result of this nuclear war, in comes the pale horse which is pestilence and famine.

We Won’t Be Here

As we witness first hand the downward spiral morally of America and the world we must come to grips why such horrible judgment is coming – but we don’t have to worry about facing the “wrath” of God that will be poured out on mankind during the 7 years of tribulation.

The apostle Paul teaches that before the Antichrist appears, all grace age believers, the body of Christ, His Church, be caught up to meet the Lord in the air (1 Thessalonians 4:13-18). But for those left behind, I Thessalonians 5:1-3. says it all. “Sudden destruction cometh upon them…and they shall not escape.”

Discern the times beloved, because our redemption draws near.

← Prev: 3 Reasons Why Christians Should Live Fearless Next: Start Here: Introduction to the Biblical 'Timeline' Genesis 1-11 → 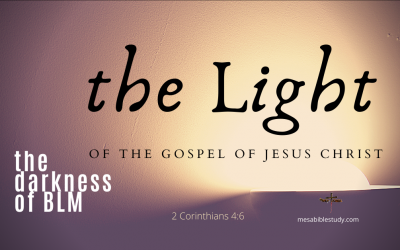 There was no doubt that Antifa and Black Lives Matter were evil organizations. This was known well before all the chaos started months ago. The very foundation of BLM is steeped in wickedness and pagan worship. This is a great deception brought on by the father... 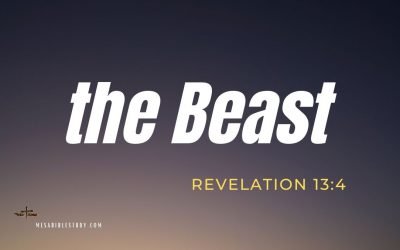 Black Lives Matter, The Democratic Party and Antifa are ‘Proxies’ for the Coming Beast and His ‘Beast System’

These groups are bestial in nature just like their father (Satan) and in complete opposition to the Word of God. Everything we are seeing and experiencing in the world today is all part of the end-time scenario; just a pretext and preparation for the real beast... 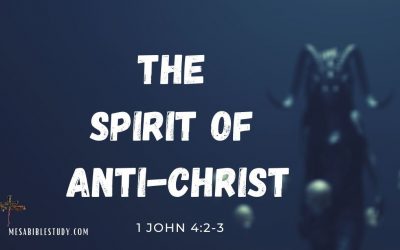 Violent Protesters, Rioters and Government Officials are Bestial in Nature Paving the Way for the Beast and the Beast System

The Spirit of Anti-Christ The violent protesters and rioting are not just manifestations of sin and the curse and mankind’s Adamic nature doing what comes naturally. This is the overt and active spirit of anti-Christ spreading like fire across the planet. Which...