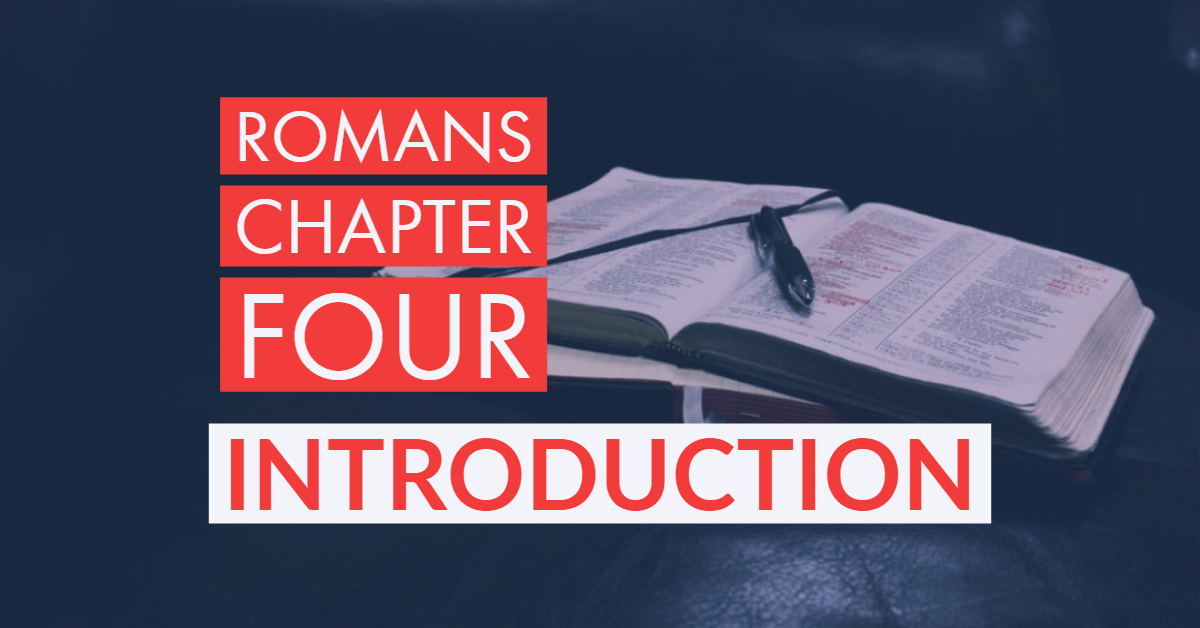 “Before we move into Romans chapter four lets do a quick review of the first three chapters in what is probably the greatest letter ever written in human history.

In Romans chapters one, two and three God makes His case as the Almighty Prosecutor against all mankind and the verdict is, GUILTY.

From the immoral man, who completely rejects everything that God has declared and are steeped in wickedness as found in chapter one (Romans 1:18-32).

To the moral man, who probably is a good person, but God finds them just as guilty as the immoral man.

Lastly, the religious man “those that are so self-righteous that they are no earthly good”. The religious person revel in their works base system because they have something to brag about (sound familiar?) The religious person always looks down on those who have no “outward” religious works to show for. All religious mankind have an outward profession of works but no real heart transformation and are guilty (Romans 2:17-29).

Jumping up to Romans 3:9-18, God lays down the verdict against all mankind, Guilty. Both Jew and Gentile are guilty no matter what they try to do to gain favor with a God

The Most Important Question in Human History

Then we come to a portion of Scripture that provides the answer to the number one question  that comes up to anyone reading the first two and half chapters of the book of Romans.

Okay, God has found all mankind guilty and living under sin, there is nothing mankind can do to find favor with God and the Mosaic law, can’t help it only points out our lawlessness…

So what must mankind do to be saved?

What the apostle Paul writes in the last eleven verses of Romans 3 are new revelations, unheard of to a Jew and as for the Gentile, they never had any part in God’s dealings with Israel and were without Christ and hope (Ephesians 2:11,12) for 2000 years prior to this new message by Paul.

In other words, Paul is saying what was written in the previous two and a half chapters, that God declares all mankind guilty and it is the law itself that is condemning mankind. And that there is nothing mankind can do to save themselves from condemnation. But now…

This was a huge change in how God would deal with mankind. For the past 2000 years God’s divine revelations were directed too and for Israel only.

Jesus Christ was among His chosen people the Jews to fulfill the promises that He Himself made to Abraham, Isaac, Jacob and David.

‘Now I say that Jesus Christ was a minister of the circumcision (Jewish People_ for the truth of God, to confirm the promises (King and the kingdom) made unto the fathers (Abraham, Issac, Jacob, David, Joshua):’

It was the Jews that gave Paul the most trouble they were in complete opposition to this new message. Everywhere the apostle Paul went the Judaizers came in behind him to undermined his message of grace telling Paul’s congregations that they could not be saved without doing what they (Jews) have been commanded to do for the past 1500 years. These Judaizers were Commanding Paul’s congregations to keep the law, temple worship and be circumcised in order to be saved (Acts 15:1,5).

In the two thousand years from Abraham to the early chapters of Acts there were only nine Gentiles saved. There is no Biblical record of God revealing a message of salvation to the Gentile. NONE!

I think when most in Christendom watch Cecil B. DeMille’s 10 commandments they think God was talking to them (Gentiles). No, God drowned the Gentiles to save His chosen people the Jews.

There is no Biblical record of God dealing with Gentiles for the two thousand years between Abraham and the apostle Paul. Between the call of Abraham in Genesis 12 to the call Paul, almost 2000 years there was never any message of salvation for the Gentile world, no doctrine revealed to Gentiles from God on how to live their daily lives.

God made His covenants with the Jewish people not Gentiles. Since God had no message of salvation or doctrine for Gentiles for the 2000 years between Abraham and Paul, how do denominations force what was never for the Gentiles as doctrine for Gentiles today? The answer is they can’t but like the apostle Paul warned for three years to the point of tears in the book of Acts that savage wolves would come up among you not sparing the flock. These men would come from within the Church, not outsiders, speaking perverse things, to draw away the disciples after or to themselves based on how they twisted Scripture (ever wonder why we have 1500 plus denominations?). (Acts 20:29-31)

Most in Christendom don’t get this! That until Paul there was no message of salvation to the Gentile world (Ephesians 2:11,12).

Many in Christian Academia, Theologians, and Pastors teach that this But Now in Romans 3:21, is NOT a reference to time but a change in the general flow of Paul’s writing. This couldn’t be further from the truth and is not just poor interpretation but stupid. Anyone with half a brain should see that there is a significant shift in how God is dealing with mankind!

By following this erroneous interpretation of “But Now” it does violence to Scripture by building a false narrative that changes the context of not just chapter three but the entire book of Romans.

The content and grammatical context of the previous two and half chapters and lets not forget the entire Old Testament, four gospels and the book of Acts make it so clear that the “But Now” of Romans 3:21, is referring to TIME. In other words everything that came before what Paul is now revealing is in the past and no longer valid.

Keep all this in mind as we move into Romans chapter four. That God has declared all mankind guilty and there is nothing mankind can do to gain favor with God.

Also understand what has come before, the previous 2000 years, beginning with Abraham and that  God’s plan of redemption is revealed progressively from Genesis right up to this point in Biblical history (37-40AD) with the apostle Paul coming on the scene with new revelations.

That now or “But Now”, (at this point in-time) God makes salvation available to all mankind both Jew and Gentile based on faith alone in the death, burial and resurrection of Jesus Christ, apart from the law, temple worship and circumcision.

The apostle Paul establishes that Faith and Faith alone in the finished work of the cross is the only means of salvation moving forward. In chapter four Paul builds on this amazing grace that God has poured out on all mankind. By using Abraham “God’s Friend” a man of great faith as the example of salvation for Jews and Gentiles in this age of grace.

‘And he believed in the Lord ; and he counted it to him for righteousness.’

If you have any questions don’t hesitate to ask.

← Prev: What Will Be the Basis for God Judging Lost Humanity at the Great White Throne? Next: 'Salvation' and the Gospel Are of First Importance to the Lord but Not to the Church → 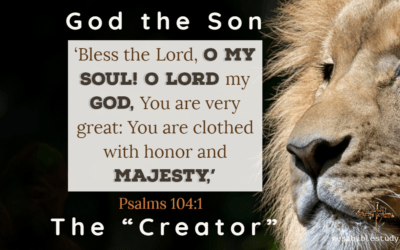 'Bless the Lord , O my soul! O Lord my God, You are very great: You are clothed with honor and majesty,' Psalms 104:1 'And: “You , Lord (Jesus Christ), in the beginning laid the foundation of the earth, And the heavens are the work of Your hands.' Hebrews 1:10... 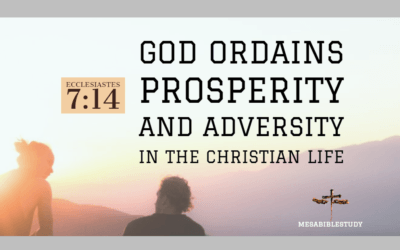 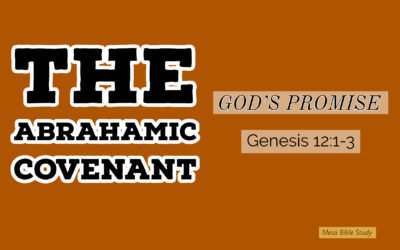 Knowing the Abrahamic Covenant is Crucial to Understanding the Bible