World News from a Christian Worldview 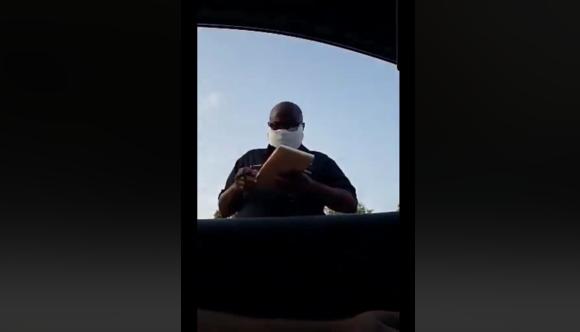 A video recorded by member Chris Owens shows a police officer approaching his window and asking for identification, advising that he was giving him “an opportunity to move.” Citing the City order, he explains that the drive-in arrangement is “considered a gathering even though you’re in your vehicle.” The officer issues Owens a citation, who soon drives away. View the video below. Scott told radio show host and reporter Todd Starnes that everyone in attendance was fined $500 and that he was personally warned that he could be arrested. “The police officer said I might go to jail,” he stated. “If it means going to jail, and if it takes that for me to keep preaching, I’ll be glad to go to jail.” The City of Greenville announced via a press release on Tuesday that Mayor Errick Simmons and City Council had issued two new executive orders, one of which pertains to church services. It cited a statement from the Mississippi Department of Health (DOH) as its motivation. “Because of recent COVID-19 cases specifically linked to church gatherings, it is vital that Mississippians not attend in-person church services at any church or other type of facility. Services, weddings, and funerals are leading to greater COVID-19 transmission,” the DOH said. However, the City went even further in its executive order, including drive-in services in its prohibition and recommending that residents do church online or over the phone. “The City of Greenville put in place an executive order that orders all church buildings closed for in-person and drive-in church services until the State of Mississippi’s Shelter In Place Executive Order No. 1466 is lifted by Governor Tate Reeves,” the press release states. “Churches are strongly encouraged to hold services via Facebook Live, Zoom, Free Conference Call, and any and all other social media, streaming, and telephonic platforms.” An apparent email from the City also lists […]

Click here to view the original web page at christiannews.net

← Prev: Oklahoma Church Helps Feed over 50,000 Families in Need Next: Newborn Baby Girl Gets Rescued After Parents Buried Her Alive → 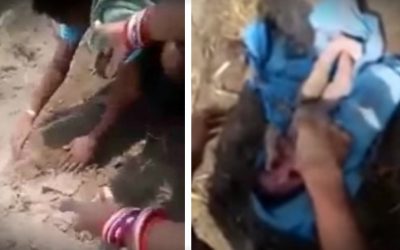 Newborn Baby Girl Gets Rescued After Parents Buried Her Alive

There are so many people out there who’d love nothing more than to have a baby. Yet, they can’t. So, it’s hard to imagine someone receiving this gift from God, and choosing to dispose of the little blessing because the child wasn’t the “right” gender. Sadly, that’s...

'Bear ye one another's burdens, and so fulfil the law of Christ. ' Galatians 6:2 A church in Oklahoma has helped to feed over 50,000 families who have been impacted by the coronavirus pandemic According to CBN News, Victory Church in Tulsa partnered with small...